Two gay inmates have made history by getting married inside a Cyprus prison after one of the men intentionally got himself sent back to jail twice to be with his lover.

The relationship between the men got so serious, that Tontian, who was released two years ago had to break the law twice to be reunited with Da Costa. Now the couple, who share a cell and work together in prison’s archive, have become the first to get married behind bars in the EU.

‘We dare, we dare, we asked. There is no shame. Love has no shame,’ Tontian said from inside the prison walls with Da Costa sitting beside him. 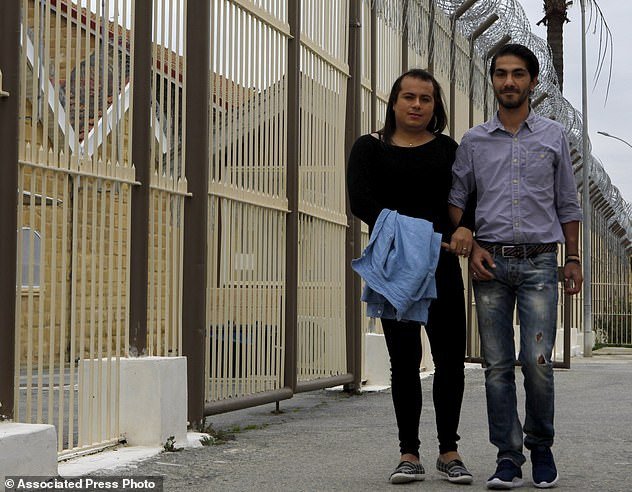 Tontian, who first landed in prison in 2015 for drug offenses, battled his addition and overcame it, saying that he’s been drug-free five years now.

Da Costa’s journey to Cyprus was a complicated affair, Tontian said. Also rejected by his family because of his sexual orientation, Da Costa lived on the streets and prostituted himself to made ends meet, Tontian said.

According to him, It was an appeal by his ailing grandmother for money for medical treatment that led Da Costa to his incarceration.

He said Da Costa confided his problem to a friend, who offered to pay for his grandmother’s medical expenses if only he would act as a ‘mule’ and smuggle drugs to Cyprus. The act led to his arrest at Cyprus’ Larnaca airport and he was jailed for five years.

SEE ALSO:   BBNaija’s Thelma reacts to Kobe Bryant’s death by questioning why people wait until someone is dead to celebrate them

In his message to other inmates wishing to formalise their relationship, Tontian said: ‘Parents won´t be with us our whole lives, at some point the parents will leave. They should do it, they should dare. If they lose their family, so be it. At some point the family will regret it.’

Highlife Star, Sir Victor Olaiya Dies At The Age Of 89

ANOTHER ONE!!! Mr Real Teams Up With Phyno & Reminisce in...

Don Jazzy Reveals Who Should Be The Winner of BBNaija 2019...