Top 10 DJs in Ibadan: It has become a known fact that Ibadan breeds a lot of talents in the entertainment field. A lot of entertainers from Ibadan are taking Nigeria by Surprise. Worthy of mention are the DJs who play a vital role in entertainment. There are lots of DJs doing excellently well in Ibadan and can compete well even at the international level. CONNECTIBADAN has compiled the top ten DJs in Ibadan at the moment.

These guys are top notch; have years of experience on the job and command lots of attention wherever they play. In no particular order, we present to you the top 10 Djs in Ibadan 2017 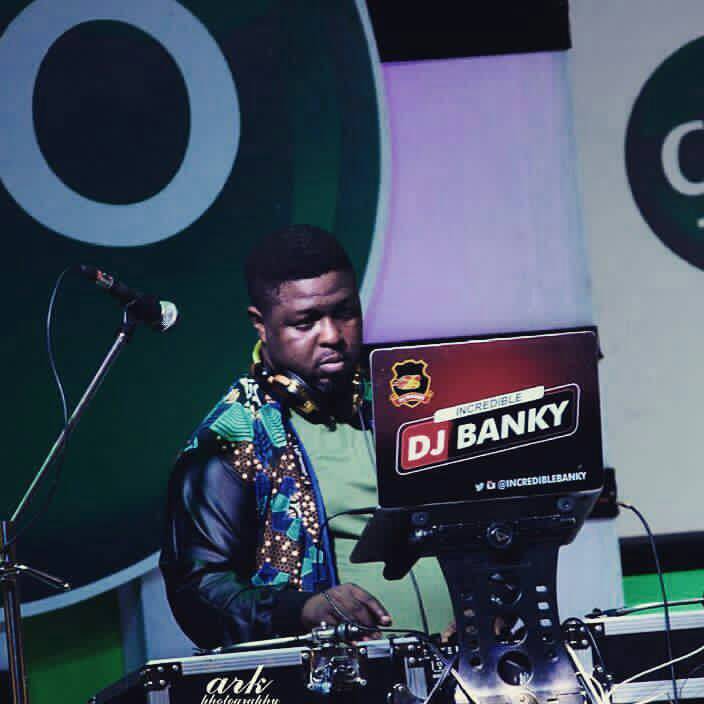 It’s almost impossible for you to attend A Grade Events in Ibadan and not come across him. He commands great respect and attention. He is the Incredible DJ Banky. He is a professional to the core. His real name is Bankole Ogunseye, CEO of Groove Music Ent. Many up and coming DJs look up to him as a source of inspiration. Whenever he plays at The Beat 97.9Fm Ibadan, you can’t help but move to his beautiful blend of songs. He has worked with top brands, organizations and individuals who desire premium service delivery. For him, his biggest achievements are yet to come. He believes that life is a constant work-in-progress and that all moments, the monumental huge ones and the small quiet ones, all makeup who he is. “Being offered my next gig or event would be another important, meaningful moment that would represent another proud accomplishment in my life.” DJ Banky is a sound nerd. Professionally a DJ and NOT a FREE-JAY. 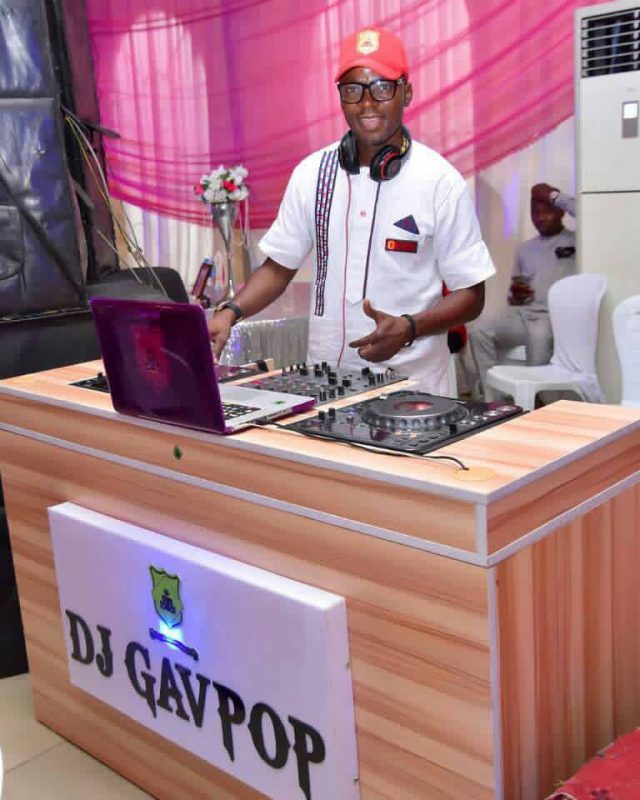 His real name is Popoola Gavaar Olatunbosun. He is one the most talented award winning DJ in Nigeria. The Official DJ of splashfm105.5 & Lagelu FM 96.3, and C.E.O of Time scale Records, An Entertainment outfit & Disk Jockey Company” ‘kicked off his career Long ago and rose to become one of the most Valuable Radio DJ & VDJ ever in the Nigeria Entertainment world. He is that Radio DJ everybody wants on Air and wants at their parties and events. DJ Gavpop is the 1st video disc jockey in Oyo state, 1st DJ in Oyo state that was nominated & won Nigerian Entertainment Awards in New York 2016. He won Nigeria best DJ in Nigerian Broadcasters Merit Awards in 2016, best DJ in Lagos under 30 & 40 awards in Oct 2016, Nigeria’s best DJ at Eminence Awards in 2016 and also Best Wedding DJ at the Ibadan Wedding Awards in April 2017. DJ Gavpop is one of the most skillful, Energetic & most hardworking DJ in Africa. He has a Disc Jockey Academy where he trains upcoming DJs interested in Disc jockey with certificate. He also has a Boutique and an Events Management Outfit. 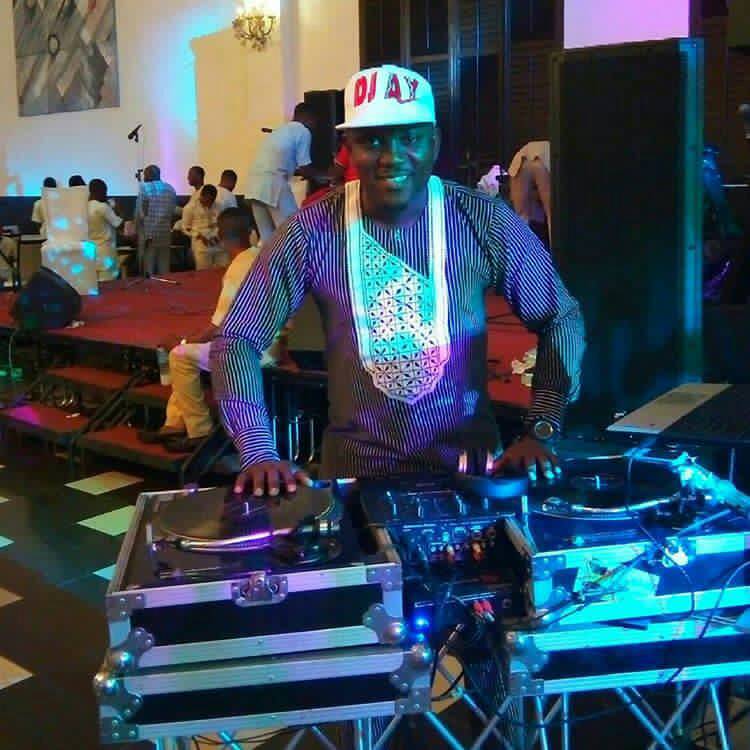 DJ AY is someone who knows music mixing like the palm of his hands. His real names are Adedapo Adeayo Ade and he runs an entertainment outfit called Ydot Entertainment. When we say he is one of the best DJs in Ibadan, It’s a fact, because the evidences are there. He has won several awards including being winner of Benson and Hedges DJ Competition (2004), He won the Metropolitan Best DJ(2006), as well as the Best Dj in Oyo State (back to back from 2006 – 2009). What a record! He is currently the Official DJ for SPLASH FM 105:5fm. Dj AY is Simply FANTASTIC. 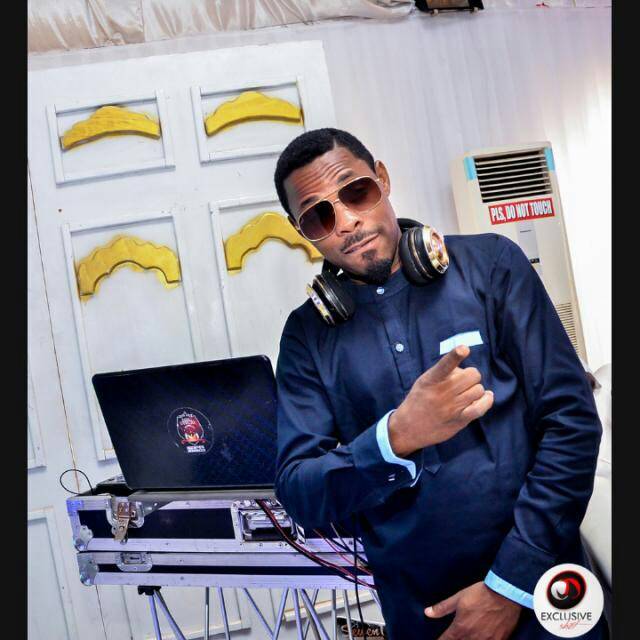 4. Dj Secxy: Dj Secxy is one DJ that needs no introduction home and away. His works speaks for him. His real name is Ayangbesan Oluwafemi Ayodeji Seye a.k.a King DJ SECXY, CEO of PLAYAZ Entertainment. He has got lots of experience in the industry with loads of Award and great achievements to show for it. He is one of the few DJs who have done dope songs with very talented music artistes. Some of his works include Dj Secxy ft Ceeboi, Efa, Jayru n bk GMB – NO DOUBT, Dj Secxy ft Jazzman Olofin and Smoothkiss – Terisi Ise Orin, Dj Secxy ft Skuki and Nedro – Calamity (Video dropping soon), Dj Secxy ft MoBlow – Activate. He also has another two songs dropping before the end of year featuring Jaywon, Kayswitch, Shadeblaq, Jumabee, Ellyman, Jhybo, Adol and CDQ. He has dropped a video before and another is set to drop in two weeks’ time. DJ Secxy is also planning on some international collabos. We definitely cannot wait for this one. He is married with kids to Mrs Pelumi Ayangbesan, CEO Harewah Makeover. 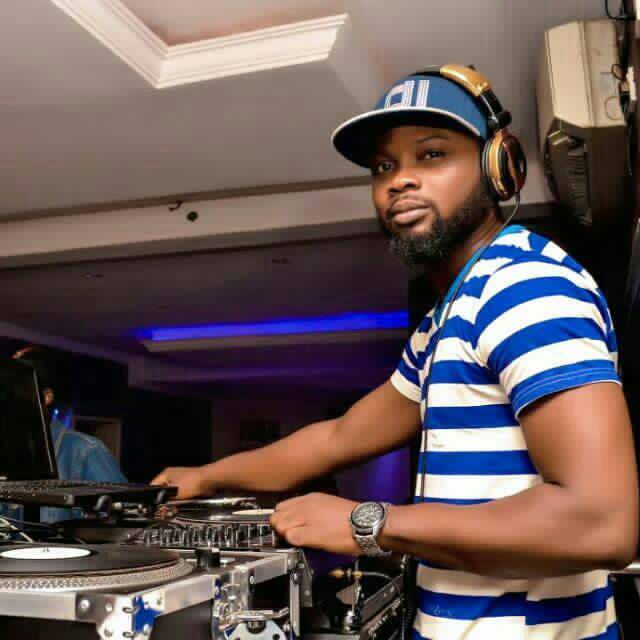 5. Dj Sunky: Oladimeji John Olasunkanmi better known as DJ Sunky has got loads of experience and has what it takes to make any party fun and lively. He is also a dope wedding DJ and has mastered the art of making weddings very memorable. He owns Mata inc. and has also trained lots of DJs in Ibadan City. He currently works with Diamond fm, Spiders Lounge, Options 24/7 and Apollo’s Lounge. He is one DJ that never stops honing his skills as he never fails to deliver irrespective of the type of events. He’s your Go-To DJ. 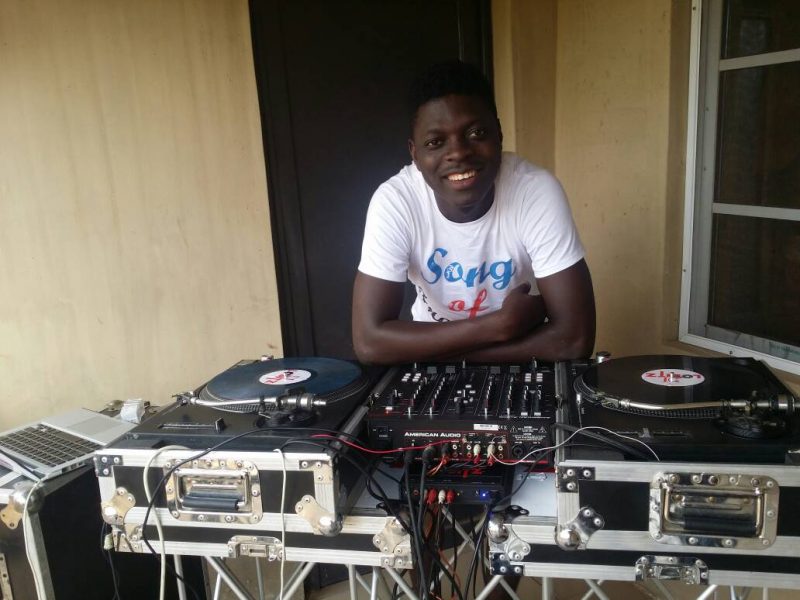 6. Dj Lobitz: Dj Lobitz is a fantastic DJ that knows his craft very well. His real names are Ogundipe Olalekan Olutoba but many call him “Da Beat Twister”, some others call him “Half Human Half Turntable”. He always delivers excellently any day and any time. Those that have been to Clique69Club will bear witness to this statement. He owns DBT Sounds and also plays at Jamz 100.1 FM. He was AIRTEL TRYBE/ACCESS MONEY official tour DJ 2015/2016. He is also Vector Tha Viper’s DJ whenever he performs in Oyo state. DJ Lobitz has shared stage with some of the Industry heavyweights such as Vector, Lil Kesh, Reekado Banks, K-Switch, TJan just go mention a few. Lobitz is an embodiment of talents. He is obviously among the few DJs that will rule the New Generation Disc Jockeys 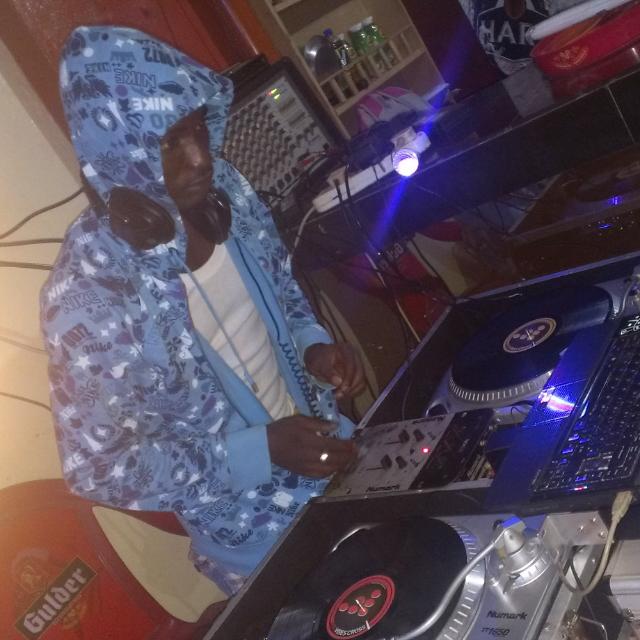 7. Dj IBK Baggy: Dj IBK Baggy whose real names are Orebiyi Olayinka Ibukun is a very talented DJ. He is one of the reasons why people tune in to Inspiration Fm daily. He is blessed by magic fingers that spin dexterously anytime he is on the deck. True to this, he got screams award 2016 for the Best Youth Dj and most recently bagged Best DJ of the year at the Eko Celebrities Awards 2017. DJ IBK Baggy is the jovial type that listens and makes sure the atmosphere is never a dull one. 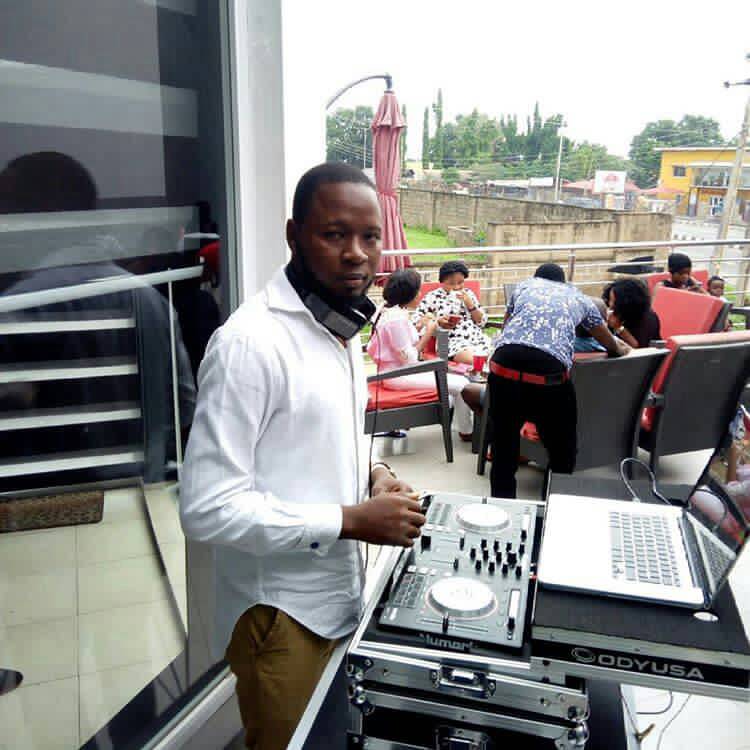 8. Dj Scopeman: DJ Scopeman started his DJ Journey in the late 90s. He graduated from LAUTECH in 2008 and served in Offa, kwara state in 2010. Best of my show was P Square in 2006. He has trained many who are currently doing well. He runs SCOPYDOO ENTERTAINMENT and leads the #TEAMSCOPY movement. He currently plays for Kokodome, Neptune Lounge and Sublime Lounge. Well, if you didn’t know, his real name is Owolabi Babatunde Idris 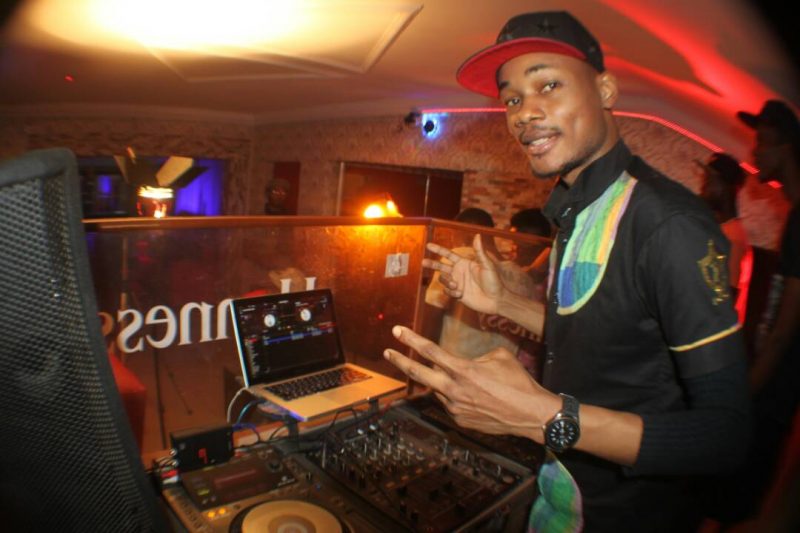 9. Dj G Boi: Stage named Dj G-boi, but born Jide Michael, has been in the game since December 2010 continues to be relevant and shows why he remains a force to be reckoned with. Starting with being a club DJ at Infinities Lounge (2010 – 2013) to playing for Club GQ (2013 – 2015), one thing remained consistent and that is the zeal, fire and enthusiasm with G-Boi performs. Nothing can water it down. He was official DJ for Mauve Lounger between 2015 and 2016 before he moved to Aqua Ebevande where he plays currently. He has performed at a couple of Hennessy VS nights/club launch in Lagos. DJ G-Boi is all shades of creativity. One thing many don’t know is that apart from being a DJ, he is also into graphics design and web development.

SEE ALSO:   “My boyfriend called me local and said I’m embarrassing because I bought Gala and groundnut in traffic” — Nigerian lady cries out, another lady responds 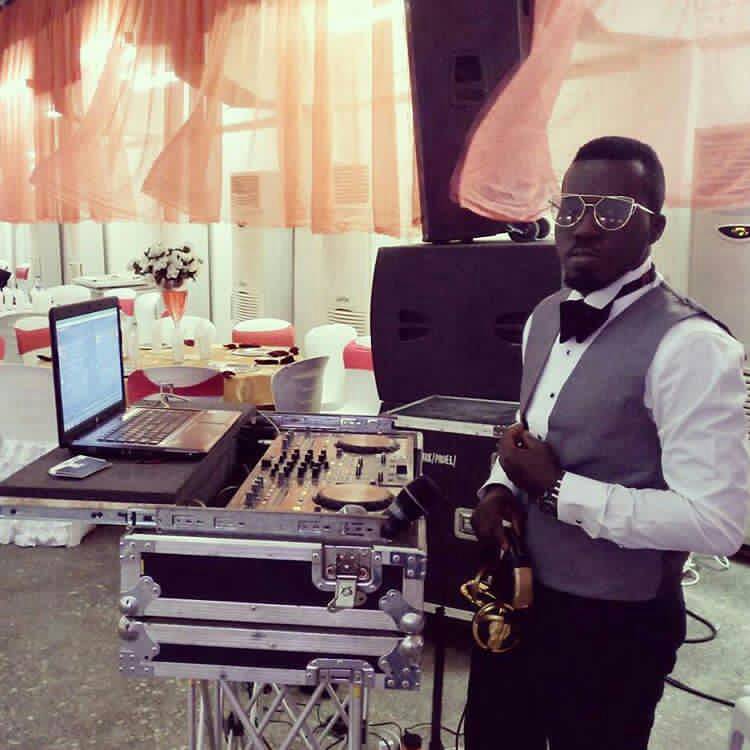 10. Dj Vikki: Odigili Victor popularly known as DJ Vikki is a skilled and versatile DJ who knows the kind of songs a particular audience wants and gives it to them hot. He is that good. He has performed at a couple of events hosted by big brands like MTN, Airtel, P&G, Olympic, Guinness, Dangote among others. DJ Vikki has also played in a couple of gospel shows like Turn It Up with Big B and other similar gospel events. In case you didn’t know, DJ Vikki works as an accountant too. How he manages to combine both jobs remains a mystery.

Source: CONNECTIBADAN (CI)– The first online community for News, Events and Happenings in Ibadan City. CI dish out news, happenings and events within and around Ibadan City. With over half a decade experience in building online territories for brands and events in the city. CI have been able to carve a niche for themselves as the Go-To firm as regards Social Media Marketing. CI continually surprise their growing clientele with our professional and timely approach to service.

Video Of Shatta Bandle Singing For His Girlfriend Surfaced Online

Singer Teni Entertainer, has been slammed for revealing that she wrote...

After 5 abortions, former prostitute marks 3 months of no sex...