Women Wizkid has dated: The multiple award winning Nigerian recording artist, songwriter and performer artiste known in private life as Ayodeji Ibrahim Balogun but popularly known by his stage name as Wizkid is regarded as the biggest artiste in Africa right now. He is really on another level when it comes to music in Africa and so is his love life.The ladies man and the CEO of star boy records has been linked with a number of beautiful ladies over the years.

Have you ever wondered why Baba’Nla is known as the Starboy? naijaflavourbrings to you these pretty ladies Wizkid has dated in the space of 6 years of his fame–Check out the list below;

Wizkid’s first girlfriend was Sophie Rammal. They started dating during his early days in the music industry.In case you have forgotten , Sophie featured in Wizkid’s first single, ‘Holla at Your boy.’

Sola Ogudugu has a child with Wizkid. She shockingly revealed in an instagram post last year that, she was devirginized. by Wizkid and that was how she got pregnant.

“To think I just started having sex at the time… I was just frustrated… Like who sent me??? it’s funny now.. wasn’t funny then oo. Imagine seeing your monthly period unknown to you that there’s a baby growing in you! MAHNNNNNN!!!! God is great!!“ she said.

There were no public appearances, no tweets of affection and #baegoal selfies.Five years ago Wizkid and Tonto Dikeh had an affair that would later have a myth-like status of its own. All we heard, were strong rumors that the bad babe of Nollywood was in a low-key love affair with Wizkid.

Rumor had it that Wizkid and the Kenyan diva Victoria Kimani were dating. Wizkid was caught kissing Kenya singer “Victoria Kimani” at the Westlands Hotel in Kenya. The Ojuelegba hitmaker was spotted with the Kenyan bad girl, Huddah Monroe in Nairobi when the singer was on tour at the East African country.

Hudda Monroe is regarded as someone whom you can not trust your boyfriend with so rumor had it that, ,the former BBA “The chase” housemate Hudda Monreo was dating Nigerian hottest Hip hop and R&B Star Boy.

It didn’t just end there, She went on to confirm by posting romantic photos of her and Wizzy on Instagram.

In 2010, she rose to stardom after winning the third season of MTN Project Fame West Africa.

Being a star boy, things might have gone down between them both. You never can tell. 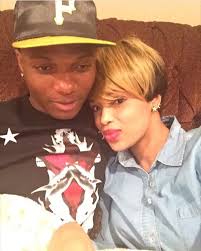 Binta Diamond Diallo is a Guinean American model.She is also the second Babymama for Wizkid, , she posted a DNA test on her Instagram page in May 2016 confirming Wizkid is the father of her son.

Known as Deborah Oluwaseyi Joshua ,she was born on the 21st of December 1985, but known by her stage name Seyi Shay.She is a Nigerian-based English singer-songwriter, recording artist, performer, and record producer.

SEE ALSO:   Burna Boy Apologizes For Kicking Fan During Concert In Zambia (Read What He Said)

There were some speculations in the past of Wizkid and Seyi Shay being in a romantic affair.

Seyi Shay seemed to have gone all out in her video ‘Crazy’ where she featured Wizkid. The singer was spotted in a scene at a very romantic posture with the star boy Wizkid in the music video directed by Meji Alabi.

The brief scene has Seyi Shay grabbing Wizkid’s crotch. The scene happens in the 2:15 mark of the video. There have been rumors that both acts are ‘more than just friends’.

In the video, there is also another scene where Wizkid is drumming on Seyi Shay’s backside as the female singer was grinding on him. Well, there seems to be a lot of chemistry between both acts. Could it just be music or more?

For some reason, we are addicted to Wizkid and Tania Omotayo’s never-ending love story.They look to be the best couple of all time but it turned out to be a sour relationship when Wizkid fathered a child with the Guinean US based model.

Wizkid revealed on the ‘Drive-Time With Gbemi’ show on the Beat 99.9 FM, when he was questioned on his relationship with Tania, (where there have been signs that on social media that their love is currently suffering some strain), Wizkid was hesitant.

He kept quiet for some seconds and laughed awkwardly. “My friend is fine. We’re cool, we’re cool. But I’m single now you know. Yeah, I’m single now. But it’s all love. I got love for her. She’s like my best friend anyways.” He replied the question.

The US based singer ,Justine Skye is rumoured to be Wizkids current girlfriend.

Pop star Wizkid shared a photo of him embracing his rumored girlfriend US singer Justine Skye on his Instagram page.

After posting a photo of him and Justine Skye, Wizkid went on to disable the comments which he knows would be filled with relationship talk and chatter.

Highlife Star, Sir Victor Olaiya Dies At The Age Of 89

Davido’s Blow My Mind Is Most Popular Song In The World...